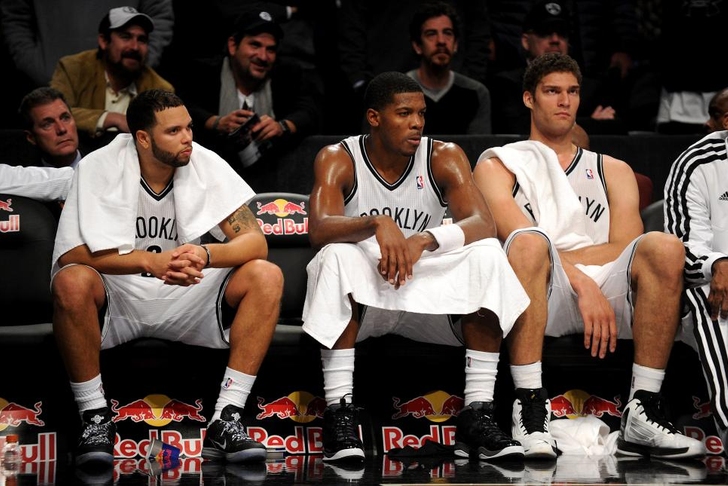 We’re in the beginning stages of the Brooklyn Nets' offseason preparations, and there are plenty of plots and subplots to follow during July’s free agent push. Here are three things to know about their free agency plans:

Lopez chose to opt out of his contract to test the free agency market, and while he will listen to offers from several suitors, the Nets are still his No. 1 destination, according to Michael Scotto of Sheridan Hoops.

Mason Plumlee had started to take away some minutes from Lopez during the second half of last season, but Brooklyn traded him to the Portland Trail Blazers earlier this week, giving Lopez a more prominent role. He averaged 17.2 points and 7.4 rebounds per game last year.

Brooklyn has been trying to get rid of Williams' massive contract that will pay him $21 million and $22.3 million over the next two seasons, and they believe there is a trade market for the former All-Star despite those numbers, according to ESPNNewYork's Ohm Youngmisuk.

The 31-year-old averaged just 13 points and 6.6 rebounds per game in 2014-15, marking his worst season since his rookie year. No specific teams have been named as suitors for Williams, so this may just a case of Brooklyn making it known they're willing to trade their starting point guard.

The Nets are also trying to offload Johnson's contract, which has one year left for a whooping $24.9 million. Brooklyn recently discussed a deal with the Grizzlies that would've sent Johnson to Memphis, but talks ultimately fell through before an agreement could be reached. General manager Billy King says he's still confident he can find a team that will take on Johnson's expiring deal.