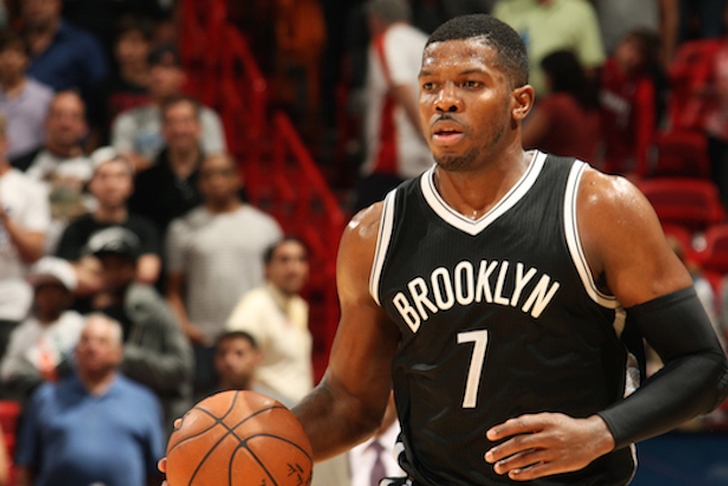 What's next for the Brooklyn Nets after the first weekend of the 2015 NBA free agency period? Find out in our Nets Free Agency Rumors Roundup For July 6th.

Cleveland is contemplating a trade for Brooklyn Nets swingman Joe Johnson, according to ESPN's Brian Windhorst.

The Nets are actively looking to unload Johnson's contract, which will pay him $24.8 million this season in the final year of his deal. In order to make the numbers work, the Cavs are using Brandan Haywood's $10.5 million unguaranteed contract.

The former All-Star averaged 14.4 points on 44 percent shooting last season, and would give the Cavs another wing scorer and physical defender while giving Brooklyn some much-needed cap relief

However, Nets Daily is reporting that the talks are just in the preliminary stage and are not likely to be productive, though there is interest from both sides.

Alan Anderson has received interest from a lot of teams as a bench scorer, but according to Yahoo's Adrian Wojnarowski, Brooklyn is making it their top priority to re-sign him. He averaged 7.4 points and 2.8 rebounds per game last season.