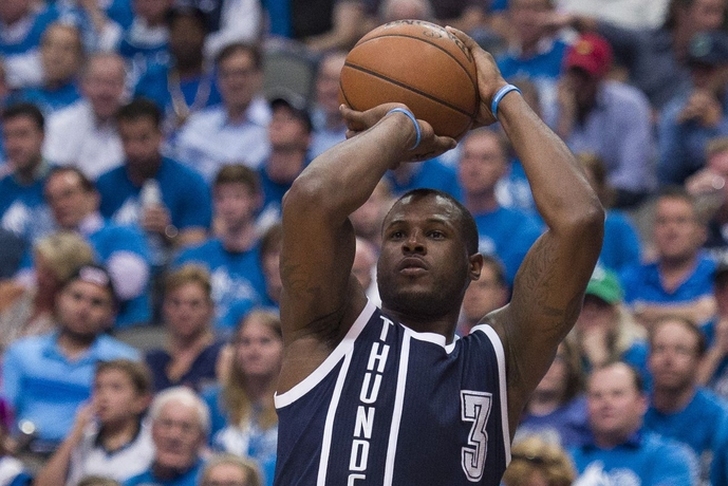 After striking out in their attempts to land restricted free agents Allen Crabbe and Tyler Johnson, the Brooklyn Nets now have another target in mind - Dion Waiters.

According to the New York Post's Brian Lewis, the Nets have been eyeing Waiters throughout the offseason, and that interest has "intensified" since losing Crabbe & Johnson:

With the free-agent market for shooting guards essentially depleted, a number of teams have being eyeing the 6-foot-4 Waiters, including his hometown 76ers. League personnel believe Oklahoma City would match two-year offers for the career 12.8 ppg scorer, meaning it could take a sizable four-year deal to convince the Thunder to let him go.

All that means Marks and the Nets could be back playing the waiting game for Waiters.

The recently-acquired Victor Oladipo figures to start for the Thunder this year, so Oklahoma City may be unwilling to match a massive contract for a bench player. At least, that's what Brooklyn will be hoping for.

Follow our Brooklyn Nets news page for all the latest Nets news!