Paul Pierce Rips Nets, Says Brooklyn "Would Have Folded" Without Him Or Kevin Garnett 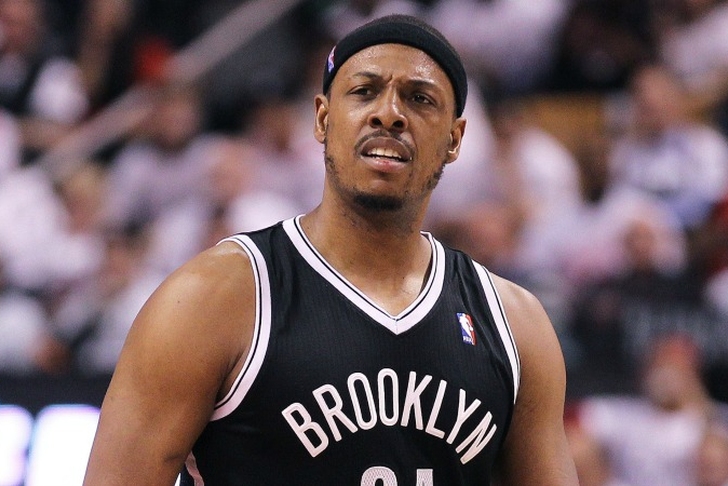 Washington Wizards forward Paul Pierce spent last season with the Brooklyn Nets, a team that was expected to compete for the championship. However, Pierce said after he and former teammate Kevin Garnett arrived, he realized the Nets weren't as advertised.

In an interview with ESPNBoston.com's Jackie McMullan, Pierce opened up about last season and heavily criticized Deron Williams and Joe Johnson, who were supposed to be Brooklyn's best players and leaders:

"I'm much happier [in Washington],'' he said. "It was a tough situation (in Brooklyn) last year. Horrible, really.

"It was just the guys' attitudes there. It wasn't like we were surrounded by a bunch of young guys. They were vets who didn't want to play and didn't want to practice. I was looking around saying, 'What's this?' Kevin (Garnett) and I had to pick them up every day in practice.

The player that puzzled him the most, said Pierce, was point guard Deron Williams.

"Before I got there, I looked at Deron as an MVP candidate,'' Pierce said. "But I felt once we got there, that's not what he wanted to be. He just didn't want that.

"I think a lot of the pressure got to him sometimes. This was his first time in the national spotlight. The media in Utah is not the same as the media in New York, so that can wear on some people. I think it really affected him.''

"Joe is quiet,'' Pierce noted. "He doesn't want much attention. He doesn't say much.

"There's a lot of secondary guys on that team. KG and I went there looking at them as the main guys who would push us, because we were advancing in years. But we ended up doing all the pushing.''

Despite all that, Pierce said he wanted to return to the team to keep playing with Garnett, but the Nets chose not to re-sign him. He is averaging 12.1 points and 4.0 rebounds in 26.3 minutes per game with the Wizards this season.