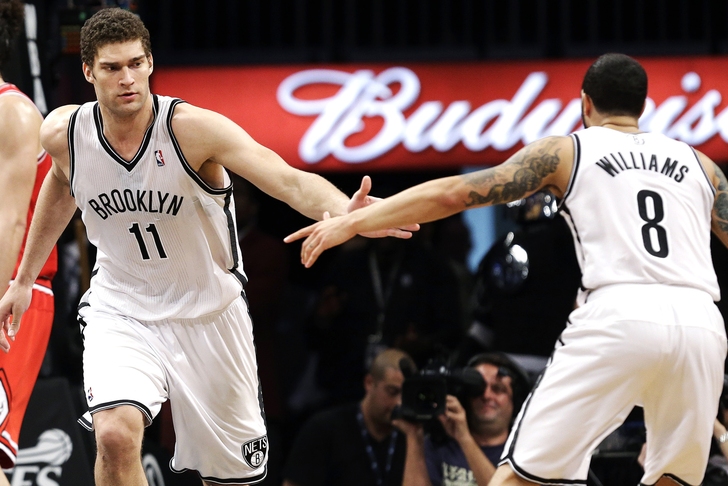 A five-game losing streak has put the Brooklyn Nets in dire straits, 3 1/2 games behind the 8th-seeded Charlotte Hornets in the Eastern Conference. They'll look to bounce back in a huge way on Saturday night when they visit a Philadelphia 76ers team that overcame an 18-point deficit to take down the Sacramento Kings on Friday, 114-107.

The Nets' big man has been electric lately despite the struggles of the team around him, averaging a double-double (17.0 points, 11.5 rebounds) over his past four games. Expect the Nets to feed him early and often in this one, especially seeing that's he dropped an average of 22 points per game on the Sixers in the teams' last four meetings.

A culture change in Philly?

76ers backup point guard Ish Smith told reporters after Philly's win on Friday that coach Brett Brown had ripped into the team to get them motivated after a horrid start against the Kings. "Coach was like, 'That's not the culture we're trying to build here,'" Smith said. The team responded, tightening up their belts and delivering a thrilling win in a season short on high points. With Nerlens Noel quietly putting together a Rookie of the Year-worthy effort on the defensive end this year, expect the 76ers to put up a fight down the stretch in 2015.

Nets coach Lionel Hollins said recently that, "as long as I have breath and as long as I'm coach, I'm going to keep fighting." With 19 games to go and three teams to leap for the East's 8th spot, his team will respond will join him in the fight with an inspired performance against the 76ers.