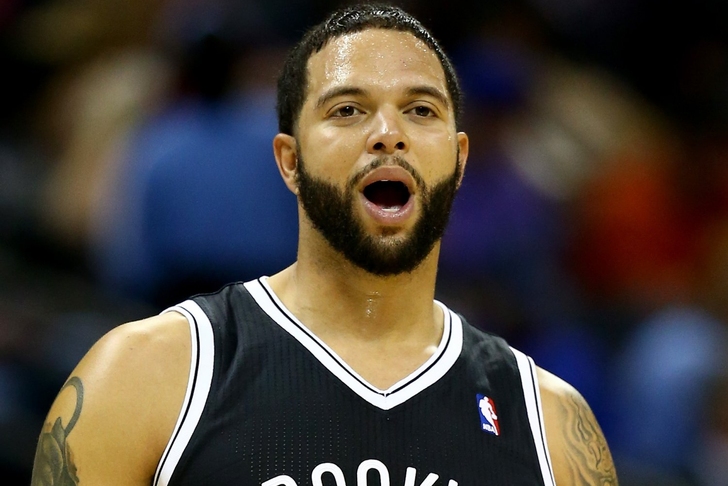 In Nets rumors tonight, the Brooklyn Nets may look to trade star guard Deron Williams this offseason, especially with the more than $190 million in contracts and luxury tax payments the Nets will pay out for what amounted to a second-round playoff exit in 2013-14.

Per Josh Dhani of FootBasket.com, Howard Beck of Bleacher Report is indicating that the Nets may look to hasten their rebuilding process by unloading the underachieving Williams to another team:

There is an alternative, sources say, the Nets will not rule out: They could look to trade Williams this summer, retool around Johnson and Lopez, squeeze one more run out of Pierce and Garnett and hope for the best.

It’s hard to say what the Nets might get for a 29-year-old former All-Star with bad ankles and $63 million left on his contract, but it’s worth exploring. The Houston Rockets tried to acquire Williams last December, so it’s not inconceivable that another team desperate for point-guard help might inquire.

The Nets’ rise began with Williams’ arrival. Their future hopes may depend on his departure.

No clear favorites have emerged as potential suitors for Williams, but Dhani notes that the Rockets may be a potential destination for the enigmatic point guard.