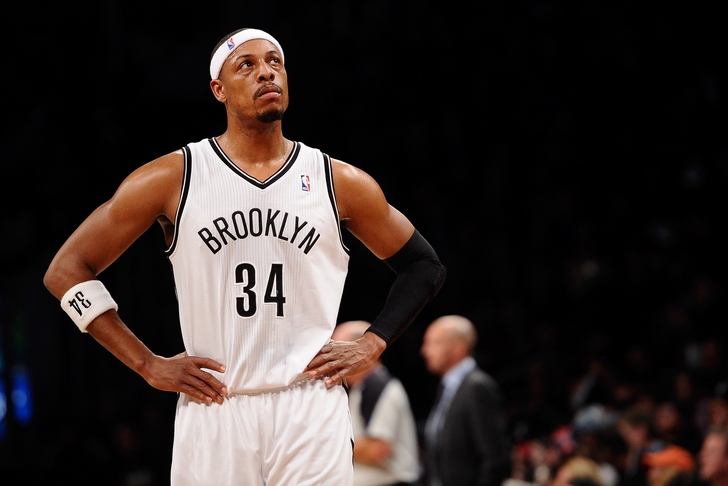 In Nets news tonight, the Brooklyn Nets played host to history Friday at the Barclays Center in a 93-88 loss to the Atlanta Hawks.

Paul Pierce scored his 25,000th point in Friday's game, missing a three-pointer and then making another after an offensive rebound to pass the benchmark (as found on FootBasket.com):

While Paul Pierce scored the majority of his points during his time with the Boston Celtics, his fire and leadership have been crucial in pulling this Brooklyn Nets franchise up when they needed him most.

Paul Pierce didn't have much of that magic at the end of tonight's game, however, missing some key shots and free throws down the stretch which sealed the game for the Atlanta Hawks.

With the Nets loss, the Toronto Raptors officially clinched the Atlantic Division, which means the Brooklyn Nets will start the 2014 NBA Playoffs on the road.