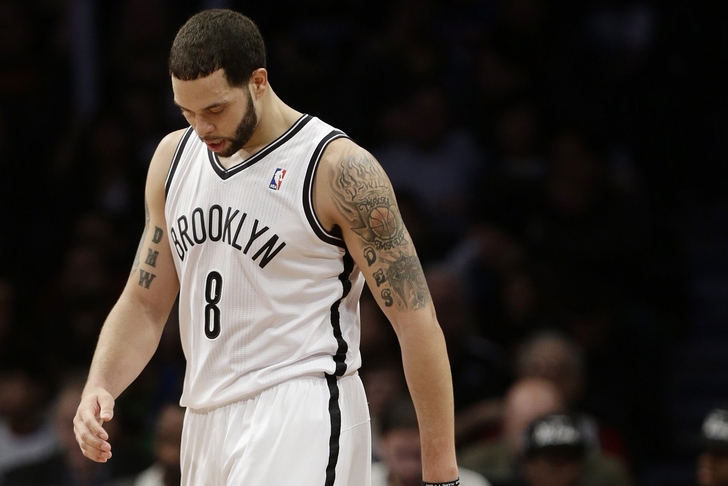 The Brooklyn Nets might be able to offer the Houston Rockets the consolation prize they're looking for after the Rockets lost out on Rajon Rondo when the Boston Celtics traded him to the Dallas Mavericks.

Daryl Morey, no doubt, is burning up the phones, and the expectation is that he’s going to go hot and heavy after a point guard.

They love Patrick Beverley, but ideally, he is the third guard in that rotation.

And to give an indication of just how aggressive they might be, sources around the league are saying don’t count Deron Williams out from the Brooklyn Nets, even though he has that fat contract and right now has a rib injury.

Williams' injury status and hefty contract could very well scare off the Rockets, however, as Bucher adds that Phoenix Suns guard Goran Dragic might provide a "far more likely" option for the Rockets.