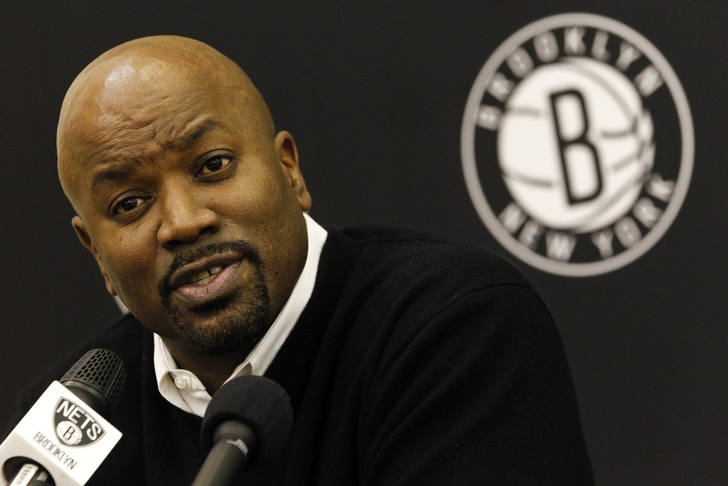 The Brooklyn Nets are only one game out of the final two spots in the Eastern Conference playoff race heading into the NBA All-Star break.

However, with the team up for sale and a roster of marquee names that has been stuck in neutral for large portions of the 2014-15 NBA season, ESPN's Mike Mazzeo believes the future of the franchise and general manager Billy King could both be up in the air:

King is in the second year of a three-year contract extension, but the team has underperformed and many of his transactions have not panned out. Trades for Johnson, Gerald Wallace, Deron Williams, Paul Pierce and Kevin Garnett cost significant future assets. Currently, the Nets don't control their own first-rounder until 2019. The Nets are expected to have significant cap space in the summer of 2016, but without the ability to land cost-efficient, good young players, it will be tough to keep the budget lean and roster appealing enough for a star player.

Mazzeo adds that King could very well be in "job-saving mode," looking to do everything he can before the trade deadline to push this roster over the top for 2014-15 and beyond.