Kevin Garnett Closing In On Retirement After The 2014-15 NBA Season? 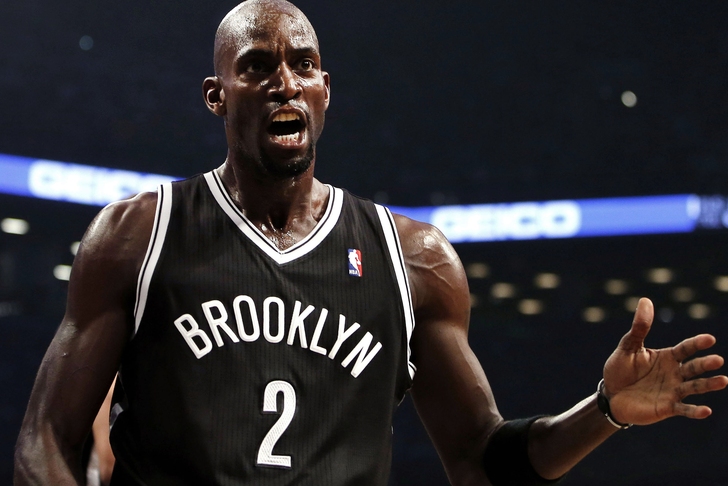 Can't get enough Nets rumors and news? Be sure to download our 5-star iPhone app today!

With Kevin Garnett heading into the final year of his current contract with the Brooklyn Nets, many are wondering aloud if 2014-15 will be the swan song for one of the best big men of the past two decades.

Here's Basketball Insiders' Cody Taylor with his assessment of the 38-year-old Garnett's situation in Brooklyn:

Many were surprised over the summer when Garnett decided that he would return for another season, especially after the campaign he endured last year. Garnett played in just 54 games last season, averaging just 20.5 minutes a game and battling various injuries. Minutes will again be a concern for Garnett and the Nets, but Brooklyn head coach Lionel Hollins has stated that Garnett’s situation will be fluid and he’ll monitor it closely. Hollins has assured Garnett that he’ll be in the starting lineup, but that could change as the long season progresses forward. Garnett is in the final year of his contract (making $12,000,000 this season).

If Garnett's body and production level hold out over the course of 82 games (or at least a fair portion of those) and a potential playoff run, a scenario where Garnett plays on a one-year contract in 2015-16 isn't out of the realm of possibility.

At this juncture, it would be best to enjoy KG why he's here and wait for these questions to answer themselves as the year goes by.