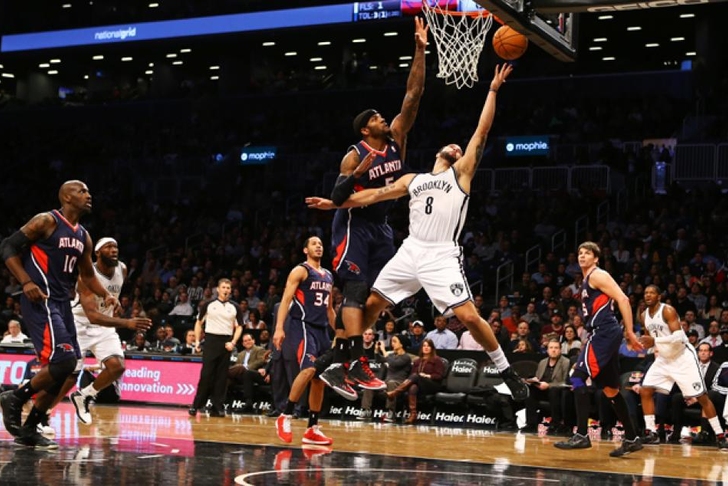 Not many people predicted the Brooklyn Nets much of a chance heading into this 1-8 matchup with the Atlanta Hawks.

The Nets aren't much for predictions.

The oft-maligned Deron Williams put Brooklyn on his back in a playoff performance that will be remembered by Nets fans forever, and Brooklyn fought with renewed intensity in the fourth quarter and in overtime to shock the Hawks 120-115 at the Barclays Center.

The series now returns to Atlanta all knotted up at two.

Brooklyn was down by eight heading into the fourth, but they turned up the intensity on both ends in a brilliant, perhaps series-saving final 12 minutes of regulation. The Nets outscored the Hawks 30-22 in the 4th, including a flurry of eight-straight points by an unshakeable Deron Williams. That was enough to push this one to overtime where Brooklyn sealed the deal in epic fashion.

Deron Williams receives buckets full of criticism for his lapses in production, but there's no doubt that he was the best player was on the floor during Monday's contest. Williams finished with a game-high 35 points on 13-of-25 shooting, darting around and knocking down shots (including an insane 7-of-11 from beyond the arc) like the confident Deron of old.

Give it to Kyle Korver for once again stretching the floor for the Hawks with four three-pointers. He finished the game with a double-double (16 points, 11 rebounds), functioning as one of the Hawks' most active bodies on both ends of the floor.

The teams head to Atlanta for Wednesday's Game 5. No tipoff time has been announced as of yet.