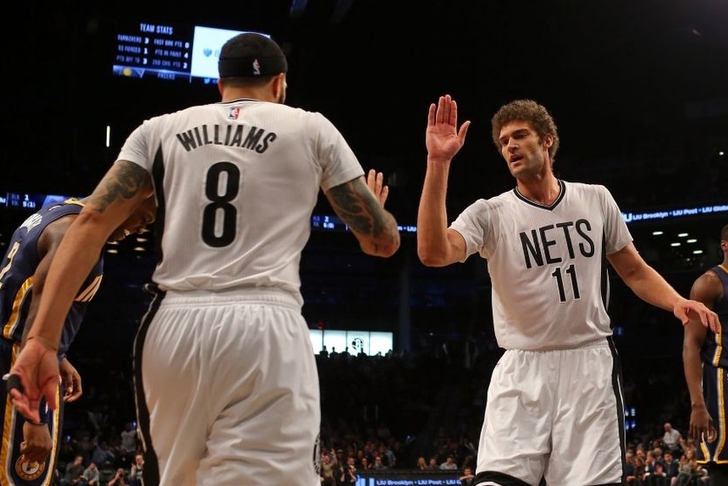 The Brooklyn Nets failed to land any of the marquee free agents, but have still made some positive strides this offseason. Here are three things we learned about the Nets in free agency:

Brooklyn is doing everything they can to save money

The Nets thought they would be competing for championships when they signed Deron Williams and Joe Johnson to max contracts, but no both contracts have left them wiggle room to do anything becuase of the luxury tax penalties. Brooklyn took care of part of that by buying out Williams' contract, and have been actively trying to trade away Joe Johnson.

This signals that the Nets are starting a small rebuilding process and are determined to get under the luxury tax threshold. Expect Johnson to be dealt soon or have his contract bought out like Williams.

Lopez also had a massive contract the Nets were trying to offload during the season, but after leading the Nets during the second half of the season and in the playoffs (where they almost upset the Hawks in the first round), Brooklyn gave him a three-year, $60 million deal this offseason.

Assuming Johnson is playing somewhere else next year, Lopez will be the only player on the roster that has been to an All-Star game. They also traded away Mason Plumlee, who was taking some of Lopez's minutes, assuring that Lopez will be the the focal point of head coach Lionel Hollins' offense.

The Nets have let almost all of their older role players go in favor of younger ones. Shane Larkin, Thomas Robinson, and rookie Rondae Hollis-Jefferson were brought in to provide some much-needed youth and athleticism to Brooklyn.