3 Biggest Needs For The Brooklyn Nets This Offseason 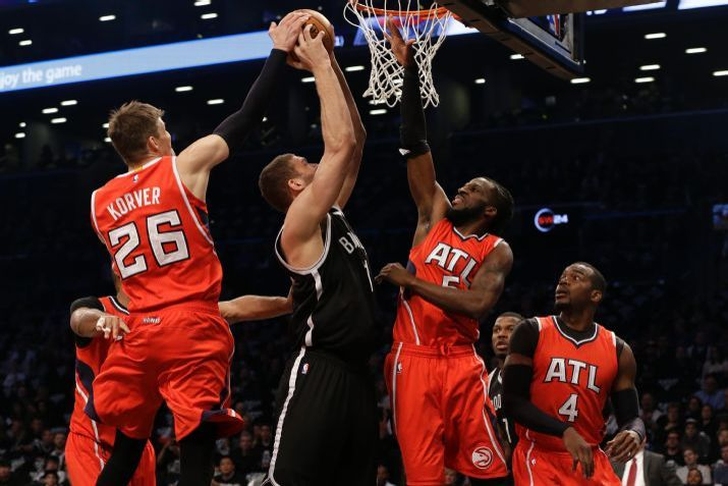 The 2015 NBA Draft is in the books, and now it’s time for the Brooklyn Nets to drown out all of the rumors and attack free agency with focus and purpose when July 1st rolls around. With that in mind, here’s our list of the 3 Biggest Needs For The Brooklyn Nets This Offseason. After offloading young big man Mason Plumlee to Portland on Friday night, the onus is on GM Billy King to re-up Lopez at full market value -- somewhere in the neighborhood of the three-year, $60 million max extension he's looking for. The Nets are reportedly the frontrunners to bring Brook back, but that's likely going to be contingent on financial protections that would give the Nets an escape hatch in case Lopez's foot problems rear their ugly head again. Rondae Hollis-Jefferson (acquired in the Plumlee trade) will likely slot into the rotation as a three who can guard anyone from one to four. However, he's never going to be able to bang with centers and he doesn't have the jump shot to slide over to four and stretch the hardwood.

It's going to be hard to find a cost-effective power forward on this market with shooting touch, but the Nets should consider making a run at someone like Atlanta's Paul Millsap in free agency despite the luxury tax implications.

3. Begin The Retooling Process Via Trade

Trade rumors have swirled around Deron Williams and Joe Johnson for a seeming eternity, but there are very few teams out there who have even shown a hint of interest at taking on either of those two with their 2015-16 salaries sitting north of $20 million.

However, that shouldn't stop the Nets from trying. Plumlee's departure shows a renewed vigor when it comes to build the on-court product in a more efficient, forward-thinking manner. Brooklyn must do everything in its power to keep that administrative momentum going.