Wolfbauer Named to Top Drawer Soccer Team of the Week 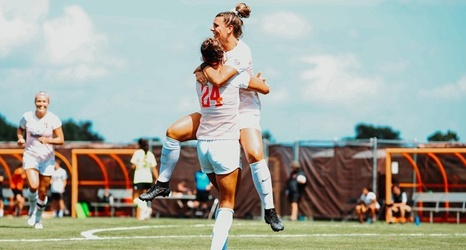 Bowling Green State University women's soccer standout Madi Wolfbauer has been named to the Top Drawer Soccer National Team of the Week, it was announced on Tuesday morning (Oct. 19). The Falcon striker earns the honor for the second consecutive week.

Wolfbauer scored the game-winning goal in both matches as the Falcons went 2-0-0 last week. On Thursday night (Oct. 14), she opened the scoring with a blast into the top of the net in the first half, as the Falcons topped Eastern Michigan, 3-0, at Cochrane Stadium. Then, she converted a penalty kick in overtime in BGSU's 1-0 win at Central Michigan on Sunday afternoon (Oct.