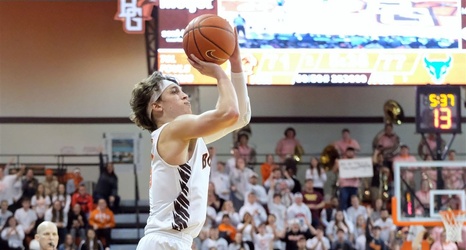 BOWLING GREEN — The locations varied, but the news was the same.

BGSU's hockey team, which had four departing seniors, was on the team bus in Minnesota, planning to begin a three-game series at Bemidji State the next day.

Talisa Lemke, the MAC diver of the year, found out between rounds of the NCAA Diving Zones in Lexington, Ky.

For many winter sports seniors — at Bowling Green and elsewhere — their careers ended with no real ending at all, a sudden stoppage to sports as the United States faces widespread cancellations due to the coronavirus outbreak.