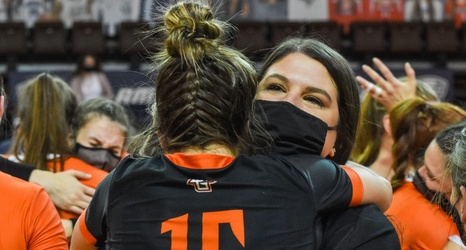 Last week proved to be one of the most exciting weeks in BGSU athletics in recent memory as BGSU volleyball won the MAC Tournament for the first time since 2012. Here is a snapshot of what happened in BGSU athletics last week.

The regular-season MAC champions did it again. The Falcons won the MAC volleyball post-season tournament this weekend which gets them an automatic bid into the NCAA tournament. It caps off an incredible run for the Falcon ladies, who dominated all year in route to a 20-1 regular season and then stormed through the postseason tournament.