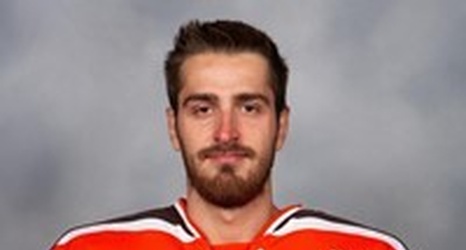 Each week, the Bowling Green State University Athletic Department names the Jet's Pizza Athletes of the Week, as selected by the athletic communications department based on their athletic performances from the previous week. This week's winners are hockey player Tim Theocharidis and diver Talisa Lemke.

Male Athlete of the Week

Tim Theocharidis, a sophomore from Scarborough, Ontario, lit the lamp for the second time this season on Saturday night, marking the first power play goal of his career and second game-winner. In addition to his goal, Theocharidis also tallied two assists on the weekend, one being on the power play.