The Next Chapter: Falcons Ready For Weber State, NCAA Tournament 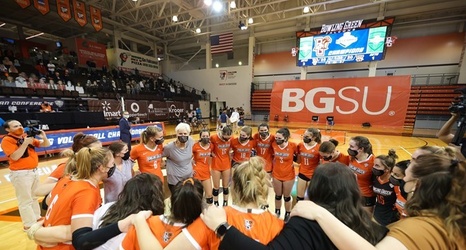 Bowling Green, Ohio - The Bowling Green State University volleyball program will head into the NCAA Tournament this week for the first time since the 2012 season. After winning both the MAC Regular Season and MAC Tournament Championships, the Falcons received the conference's automatic bid in the NCAAs, riding a 22-1 record. The Falcons are set to face Weber State in the first round of the tournament, scheduled for Wednesday (April 14) with a 7 p.m. start on ESPN3. The winner of the match will advance to face No. 1 Wisconsin in the second round on Thursday (April 15), also a 7 p.