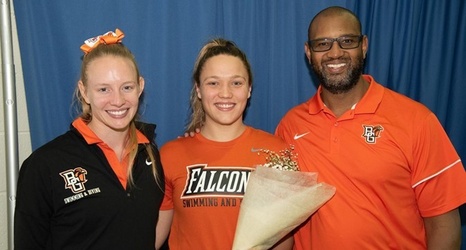 Cleveland, Ohio – Senior Talisa Lemke of the Bowling Green State University swim and dive team has been named the MAC Female Scholar-Athlete of the Week. This award comes after Lemke's historic weekend at the 2020 MAC Championships, which featured two individual titles and two conference awards. She won the 1 meter dive with a pool-record score of 327.42 and the 3 meter dive with a score of 351.36. Those victories marked her third consecutive 1 meter title and second consecutive 3 meter title.