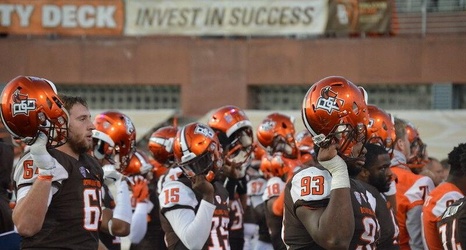 It is only BGSU Football Head Coach Scot Loeffler’s second season, but he is already taking sacrifices to help his program succeed.

Nick Piotrowicz broke the story that Loeffler agreed to a $100,000 pay cut in a Toledo Blade article on Wednesday.

Loeffler agreed to a five-year $2.6 million contract in the summer of 2018, making him the highest paid school employee. That contract entailed he would be making $525,000 per season as a base salary. With this pay cut, Loeffler will now be making $425,000 in the 2020-2021 football season.

BGSU Athletics Director Bob Moosbrugger and BGSU President Rodney Rogers both agreed to pay cuts of their own earlier in the year.