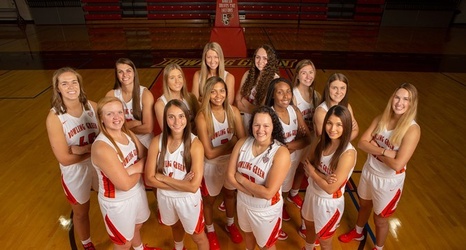 2019-20 IN THE BOOKS...
• The Bowling Green State University women's basketball team has seen the season come to an end. Head coach Robyn Fralick and the Falcons wrapped up the 2019-20 campaign with records of 10-21 overall and 3-15 in Mid-American Conference play.

THE OPENING TIP: NUMBER FOUR IS NUMBER ONE
• BGSU junior Madisen Parker led the entire nation in three-point field-goal percentage in 2019-20. Parker went 98-for-204 from the arc, a 48.0% success rate from long distance. She set school single-season records in both three-pointers made and three-point FG pct.