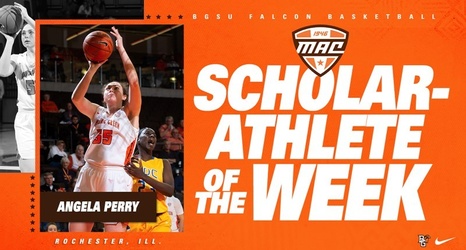 For Perry, the award is her second accolade from the conference office this week. On Tuesday, she was named the MAC Player of the Week for the East Division.

Perry, a native of Rochester, Ill. (Rochester H.S.), scored 25 points, shooting nearly 85 percent from the field, in the Falcons' 82-69 win at Marshall on Saturday (Dec.