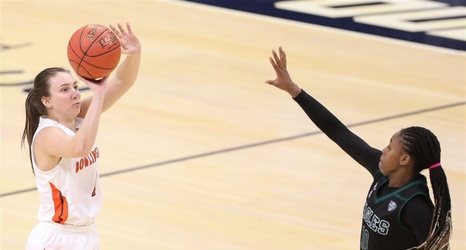 The senior guard will return for her fifth year with the Falcons for the 2021-2022 season, according to a Twitter post from the team.

The program’s all-time leader in 3-point field goal percentage at 43.7 percent, Parker was a team captain for the Falcons’ 2020-21 underdog season in which BGSU was picked 11th in the Mid-American Conference preseason polls and went on to win the MAC.