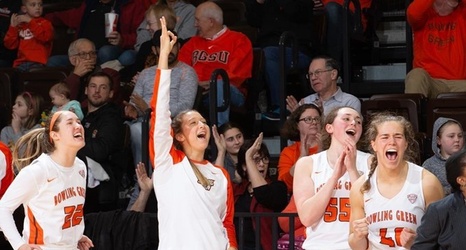 Bowling Green State University men's soccer standout Sergi Martinez has been named the United Soccer Coaches National Player of the Week. The announcement was made by the organization on Wednesday afternoon (Sept. 22).

Martinez is the second player in program history to earn national player-of-the-week honors from the organization (formerly the NSCAA). Chris.Sullivan received the award in the spring of 2021.

This is the third award of the week for Martinez, who was named to the national team of the week by both College Soccer News and Top Drawer Soccer.

Martinez, a native of Barcelona, Spain (Eugeni Xammar), had a goal in each match as the Falcons went 2-0 last week.