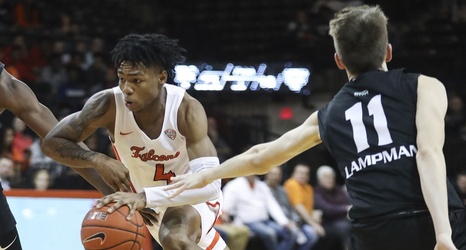 What we do know is the Falcons are going to look significantly different next season. Three scholarship seniors, including Dylan Frye, will move on, and top scorer Justin Turner is in the transfer portal with one year of eligibility remaining.

The exiting players represented nearly 55 percent of Bowling Green's scoring, 73 percent of their assists, and an average of almost 96 combined minutes per game. All told, there will be plenty of new faces on the floor for the Falcons next season.