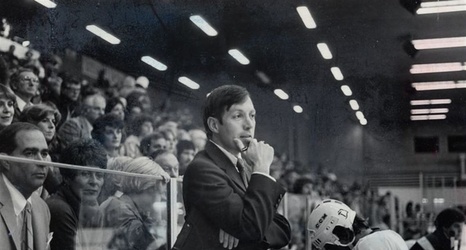 The U.S. Hockey Hall of Fame inducted former Bowling Green coach Jerry York as part of its class of 2020.

York is the NCAA leader in wins with 1,091 as a head coach at Clarkson, BGSU, and Boston College. The upcoming season will be York's 49th, and 27th with Boston College.

York guided Bowling Green to a national championship in 1984, which remains the only team NCAA title in school history. He went 342-248-31 (.567) at Bowling Green, including three 30-win seasons.

Since taking over at Boston College, his alma mater, York's teams have won four national championships and made 12 appearances in the Frozen Four.