Falcons To Face Weber State In First Round Of NCAA Tournament 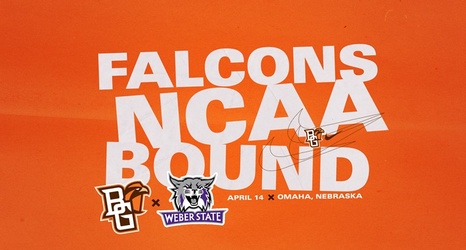 Bowling Green, Ohio - The Bowling Green State University volleyball will return to the NCAA Tournament for the first time since 2012 and will face Weber State in the first round of the tournament. The entirety of the tournament will take place in Omaha, Neb. this year and will consist of 48 teams with the first round being played at the Chi Health Center Arena on April 14. The match for the Falcons is set for a 7 p.m. start time. Bowling Green received an automatic bid in the tournament following the victory in the MAC Championship on Saturday (April 3), being a 3-1 win over Western Michigan.