Falcons Out To Fast Start On Opening Day Of MAC Championships 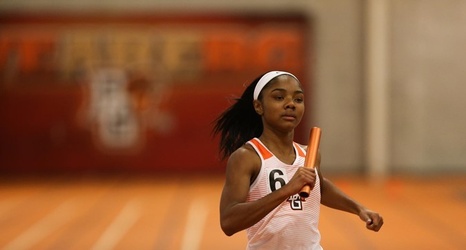 Akron, Ohio – A championship, a school record, and strong performances in every area. The Bowling Green State University track and field team did it all Friday on the opening day of the Mid-American Conference Indoor Track & Field Championships.

While the Falcons reach the midway point of the MAC Championships tied for sixth with 18 team points, the first day is just as much about setting the team up for success on day two. And BGSU did just that. The Falcons qualified two runners for Saturday's finals in the 200 and 400, and added another in the 60.