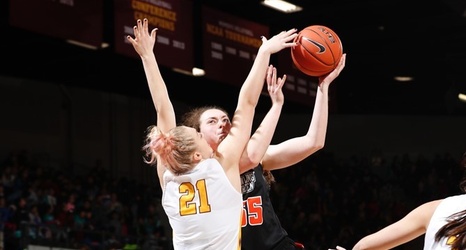 The Bowling Green State University women's basketball team came up just short against an undefeated opponent on the road, falling to Loyola Chicago, 84-76, on Monday (Dec. 16). The non-conference game was held before a near-capacity crowd at Gentile Arena.

Junior Angela Perry had another impressive game for the Falcons (6-4), scoring a game-high 26 points to pace four double-digit scorers for the Orange and Brown. Perry posted a double-double, pulling down a career-high 12 rebounds.

Fourth-year Falcon Caterrion Thompson had 16 points, going 7-for-11 from the field. Thompson has scored in double figures in all 10 games this season to date.