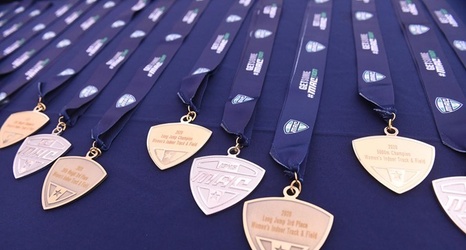 Akron, Ohio – The Bowling Green State University indoor track and field team equaled its best point total at a Mid-American Conference Championship event since 1999, finishing with 68 team points Friday and Saturday. The Falcons placed fifth in the overall team standings, scoring an identical team total as the program did in 2018. Prior to that, the Falcons had not reached that threshold since winning the MAC Championship in 1999.
FULL RESULTS (PDF)
BGSU got to that total by placing athletes on the podium in seven of the eight events in which a Falcon represented Saturday.