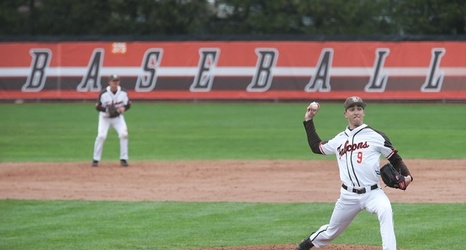 BOWLING GREEN, Ky. – The Bowling Green State University baseball team was defeated in 10 innings on Friday (March 12) in its series opener at Western Kentucky. WKU scored two runs in the final frame to take the series opener by a score of 4-3. The non-conference ballgame was played at WKU's Nick Denes Field. The four-game series will resume tomorrow with a 1 p.m. doubleheader.

BGSU took a 3-2 lead in the top of the 10th inning with a Jared Johnson RBI double, but the hosts scratched across two runs in the bottom half to claim the win.