Falcons Bow Out of MAC Tournament 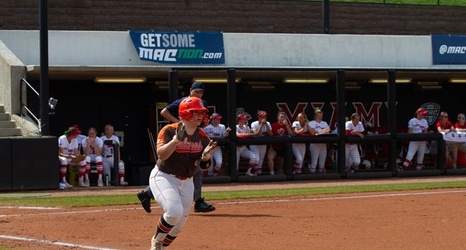 OXFORD, Ohio – The Bowling Green State University softball team bowed out of the Mid-American Conference Tournament with an 11-0 loss to Miami University on Saturday (May 14).

The Falcons (32-19), the number-four seed for the four-team tournament, fell behind early as the top-seeded RedHawks (39-15-1) scored twice in the first inning before putting together a six-run second inning.

Gottshall threw 442 pitches, including 291 strikes, in under 48 hours during BGSU's time in Oxford.