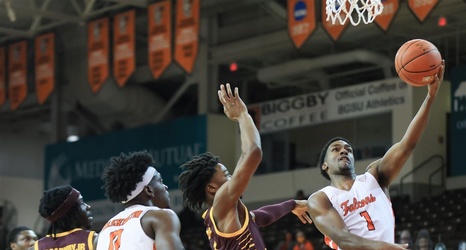 BOWLING GREEN — Justin Turner, the all-time leading scorer in the history of Bowling Green State University basketball, will not return to the program.

Turner has opted to remain in the NBA draft, according to a report from CBS Sports’ Jon Rothstein.

Turner joined more than 40 other NBA draft hopefuls at the inaugural Tampa Bay Pro Combine from June 3 to 5.