Bowling Green has 'no excuse' after landmark Toledo win 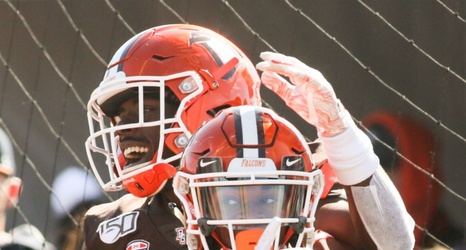 BOWLING GREEN — Breaking a multi-year cycle of losing is a tricky proposition for a college football team.

In Bowling Green’s case, only a handful of players on the current roster were around when the Falcons won the Mid-American Conference in 2015. The roster that Scot Loeffler and the first-year BG coaching staff brought into training camp was short 10 scholarship players, and nearly half the team has freshman eligibility.

The common thread was that most of the team had not been part of winning program.

“The problem that we’re [facing] right now is that there are a bunch of players who have not seen it and it’s a bunch of coaches saying how it’s supposed to be, and that’s hard,” Loeffler said.