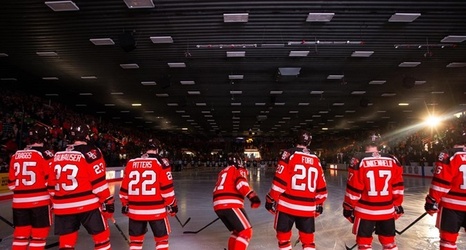 BOWLING GREEN, Ohio - The No. 13 Bowling Green State University hockey team tied Alabama Huntsville 2-2 Saturday (Dec. 7) night, taking the extra conference point in double overtime thanks to a Max Johnson goal. After a 9-3 routing last night in favor of the Falcons, the Chargers fought for all of regulation and forced double overtime. Along with scoring the final goal to give BGSU the second point, Johnson also opened the scoring column for BG, netting the first goal of the game in the first period. Connor Ford also scored for the Falcons which included an assist from Johnson.