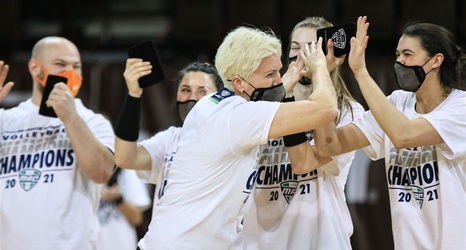 BOWLING GREEN — The Bowling Green State University volleyball team will play Weber State in the opening round of the NCAA tournament.

The Falcons (22-1) won both the Mid-American Conference regular-season and tournament titles and are making the program's third appearance in the national tournament. The entire tournament will be played in Omaha, Neb. this year and the field has been shortened to 48 teams. The first round will be held April 14-15.