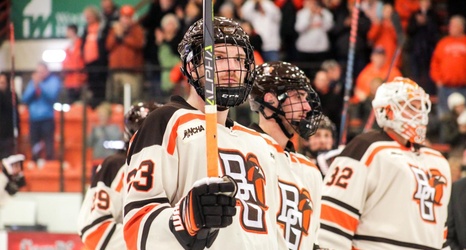 BGSU hockey captain Alec Rauhauser has signed an NHL contract with the Florida Panthers after his senior season. Over the past four years, he became one of BGSU’s great point-producing defensemen and is the first of his graduating class to sign a pro deal.

Rauhauser, 25-years-old, amassed 122 points in 159 games as a Falcon, ranking him sixth all-time among defensemen in program history. Had it not been for his senior season being cut short because of the COVID-19 pandemic, he had a chance to reach a top-five position, being just four points back of USA gold medalist Ken Morrow.