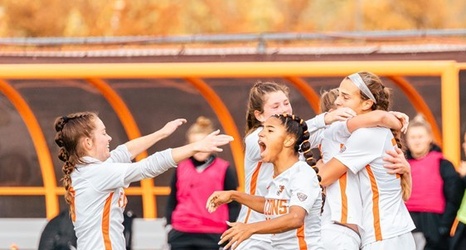 BOWLING GREEN, Ohio – The Falcons are in the final for the fifth-straight season.

goal in the 27th minute lifted the Bowling Green State University women's soccer team to a 1-0 win over the University at Buffalo
Thursday afternoon (Nov. 4). The match, a Mid-American Conference Tournament semifinal-round match, was held at Cochrane Stadium.

With the victory, the Falcons (10-6-3), the number-one seed for the tournament, advance to Sunday's final. BGSU will face third-seeded Kent State (13-4-3) in that match. KSU defeated number-two seed Ohio (11-6-3), 3-2, in Thursday's second contest at Cochrane.