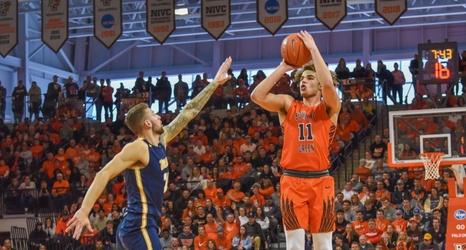 BGSU men’s and women’s basketball each released a tentative schedule last week, but the likelihood of having a season is still unknown.

There is still optimism around both programs, and with BGSU hockey being a winter sport slated to start on Oct. 9, both programs are still treating it as if the season is a go.

“The biggest thing is business as usual. We don’t know when it is going to happen, but I want to be prepared for if it happens. If we go into it saying . . . we aren’t going to have a season and we do, then we won’t be prepared.