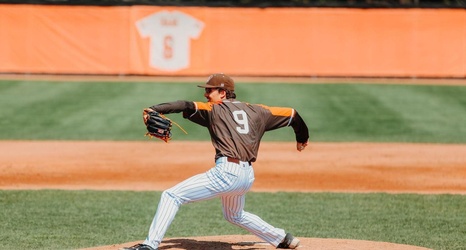 The Chippewas jumped on the board first in the first inning thanks to a two-run home run by Garrett Navara. The home run would be the only hit for the Chippewas.

Tyler Haas hit a two-run RBI double in the fourth to tie the game at two. Nathan Rose’s RBI single later on in the inning scored Haas and give the Falcons the 3-2 lead.