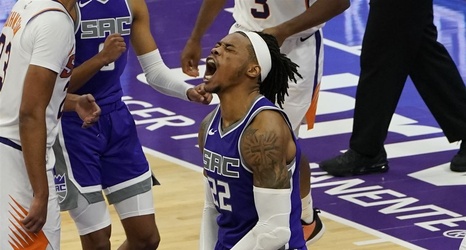 Holmes, who had a career year for the Sacramento Kings last season, is considered one of the top unrestricted free agent big men on the NBA market during the upcoming free agency period.

Teams can begin negotiating with players Aug .2, and the first day players can sign is Aug. 6.

A bidding war for the former Falcons’ services is likely.

“We’re going to see what happens,” the 27-year-old Holmes told reporters. “Definitely have a love for Sacramento where we’re trying to build here, what we built this season and definitely have an interest in trying to go beyond that.