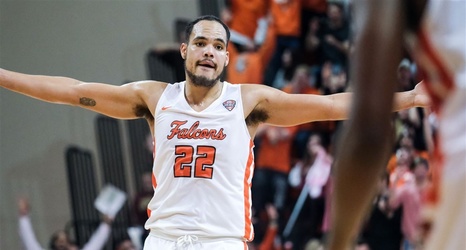 BOWLING GREEN — All season long, Bowling Green framed its year by a few days in Cleveland.

The Falcons, the preseason favorite to win the men's basketball championship in the Mid-American Conference, were a contender every step of the way, finishing as the No. 2 seed during the regular season as they geared up for three possible games at the MAC tournament.

This trip indeed was a surreal experience — though just not the one anyone expected.

The Falcons conducted their March 12 shootaround before a scheduled quarterfinal game that night against Toledo, but returned to their hotel rooms as the sports world began calling off games en masse.