PREMIER LEAGUE PLAYERS OUT OF CONTRACT ON JUNE 30 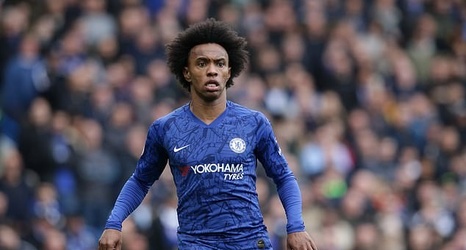 Amid all of the uncertainty provided by the suspension of Premier League football -and other domestic leagues around Europe - owing to coronavirus is the potentially chaotic situation concerning players whose contracts are set to expire on June 30.

Some high-profile stars, including Chelsea winger Willian and on-loan Manchester United striker Odion Ighalo, are among those who are nearing the end of their deals.

The emerging issue is viewed as an emergency by FIFA, with the situation looking increasingly very messy.

Would such players still be able to play for their current clubs if fixtures due to be played this season were moved to the summer, after the contract expiry date?