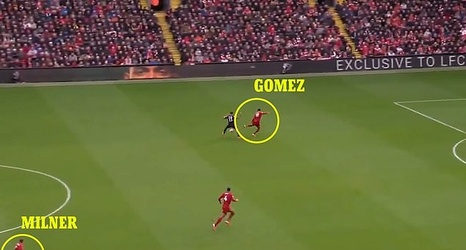 When James Milner issued a stern team talk on the pitch urging his fellow Liverpool players to show their sharpness immediately against Bournemouth, the influential midfielder hoped his words would result in a quick start as the Premier League leaders looked to respond following two successive defeats.

Captain for the day in the absence of the injured Jordan Henderson, the experienced Milner formed part of a stretching circle on the turf while telling the likes of leading goalscorer Mohamed Salah to be ready for 'reactions straight away'.

Kneeling in front of Virgil van Dijk, Milner could be heard insisting: 'As soon as we lose it, there's bodies round it and then we play out that area – everything we do highest tempo today.