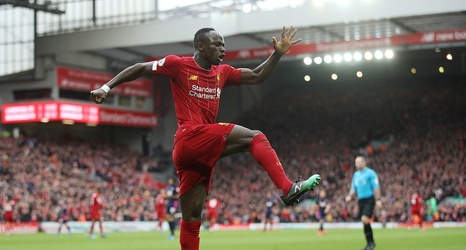 Liverpool returned to winning ways but were forced to battle from behind to down a plucky Bournemouth side at Anfield.

Callum Wilson fired the visitors into a shock lead amid controversial circumstances, after the striker appeared to shove Joe Gomez away from the ball as the pair tussled. Jefferson Lerma, played through on the overlap, then picked out Wilson, who buried beyond Adrian.

But an irate Jurgen Klopp watched on as his rampant leaders delivered the perfect response. Jack Simpson's mistake allowed Sadio Mane to tee up Mo Salah, who fired into the bottom corner from the edge of the box.