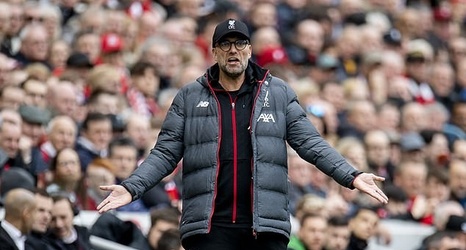 WIlson tapped in after just nine minutes but the Reds bounced back to earn a vital win thanks to goals from Mohamed Salah and Sadio Mane.

However, the Liverpool boss remained incensed by the decision not to rule out Wilson's effort after the Cherries striker collided with Joe Gomez.

'It was a good performance but a very difficult start,' Klopp told BT Sport.