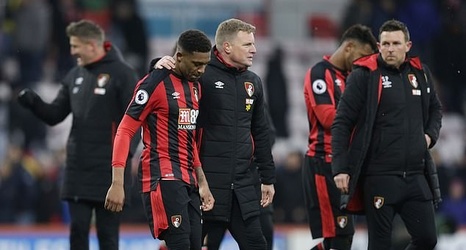 Jordon Ibe was supposed to be one of the Premier League's best up and coming talents. Bournemouth certainly thought so when they signed the winger for a then club-record fee of £15million back in 2016.

Instead of fullfilling that early promise shown at Wycombe Wanderers and not quite reached at Liverpool, the 24-year-old has diverted in a different direction, to the extent that club have had enough.

It was revealed on Thursday that Ibe will not have his contract renewed by the Cherries when it expires on July 1. The decision will curtail his involvement in the end of the season, which looks set to extend well into July due to the disruption caused by the coronavirus.