'It's a possibility': Bournemouth defender Simon Francis says a null and void Premier League season COULD happen and feels ending the season as it is would be 'unfair in so many ways' 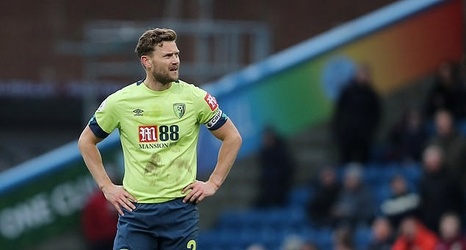 Bournemouth defender Simon Francis believes a null and void Premier League season is still on the cards, saying he wouldn't want to see a scenario where the campaign ends as it currently stands.

The entire UK football pyramid has been wiped out by the coronavirus, with all leagues suspended as the country bids to reduce the rising number of cases and deaths. April 30 is currently the slated return date after chiefs met to discuss the fate of the season on Thursday.

There has been a commitment to ensure the season finishes one way or another, but Francis said there was still a chance of the current campaign being rebooted.