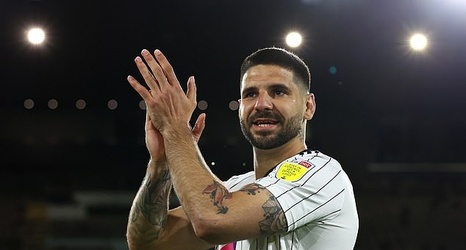 Fulham striker Aleksandar Mitrovic has been crowned the Sky Bet Championship player of the season at the EFL Awards on Sunday night.

The Serbian's prodigious goalscoring has been key to the Cottagers securing a return to the Premier League at the first attempt, hitting his 41st league goal of the campaign at Bournemouth on Saturday.

His Fulham team-mate Harry Wilson had also been shortlisted for the award, along with Bournemouth striker Dominic Solanke.

Nottingham Forest's Brennan Johnson was chosen as the second tier's young player of the year, reaching double figures for goals and assists to keep the east midlands club in contention for automatic promotion to the Premier League.