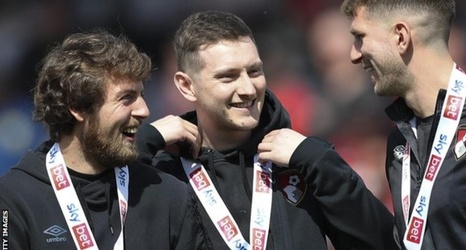 Bournemouth's David Brooks is targeting a return to the Wales team in time for a potential World Cup appearance after recovering from cancer.

He has not played since but, if Wales win their World Cup play-off final next month, he will have until November to regain his place in the squad.

"We have had those conversations already," said Wales boss Robert Page.

"Even months ago when he was diagnosed, the bigger picture was, all being well, to do this and his doctor was top class with it all.

"We spoke to the specialists involved and they told us what the pattern has been with recent cases.